A bubble maker shaped as a “bubble bear” character comes to life, as all toys do when master leaves the room. But “it” can not, by itself, make bubbles and therefore has to keep its thoughts and feelings trapped inside, under its screw on red hat. Sentenced to being passive, it is forced to watch all the other toys have fun and do the great things they can without help of their child master, for they have movable arms, legs and heads while “it” is stiff, made of one piece of molded, lousy, colored plastic. This is so unfair.

The “Bubblewisher” is tired of being just a toy in the master’s hands. It is weary of always playing the master’s game, by the master’s rules. It wants to make its own bubbles. It desires to express itself on “its” own terms, tell its own stories, express its own feelings and ideas. Above all it yearns to share its own imagination with all the toys who have never payed attention to “it” because, due to its short molded arms, attached to its stiff plastic body, “it” can’t take its hat off. “It” so wants to be praised for what “it” can do, tell, feel, imagine, show to all of the others.

Until, one day, called away to dinner ”its” rushing away master forgot to screw “its” blasted plastic hat on to his body. Wow! Freedom at last. The first ever chance to be alive, to speak up, express itself, tell “its” own stories, all by itself. And so, as beautiful, shiny, colorful rainbow bubbles fly out of it body, they form and transform into shapes of bubble animals and other characters interacting with each other. They are free to act out stories which the bubble maker has, for such a long time, wished to express and share with all the other toys. Now, at last, it’s able and free to do so all by itself.

Both “it” and the bubbles would be computer animation and motion capture. Utilizing the magically metamorphic powers of animation, “its” bubbles would be free, individually by undulating themselves or by magically melting with other bubbles, to express imagination not restricted by the physical limitations and laws and reality governing “it” as its creator.

Whatever resulting conflicts between the bubbles, or whenever they act out and get out of control, or when new characters need to be introduced to the story, the “Bubblewisher” comes to the rescue by blowing up new bubbles, offering solutions to the bubble world’s conflicts. For once “it” is the master and creator of its own world, reality of its own imagination. For once it can be proud of its ability and impact “it” has on the world of its making as well as everything that is happening within it. For ones, “it” is the center of attention, watched and admired by all of the other toys.

I believe that the “Bubblewisher” character would be a great and potent representative of the feelings and emotions held and felt by many children who often feel like they are being restrained or not listened to, not fully appreciated or even ignored by the grownups, or other children. 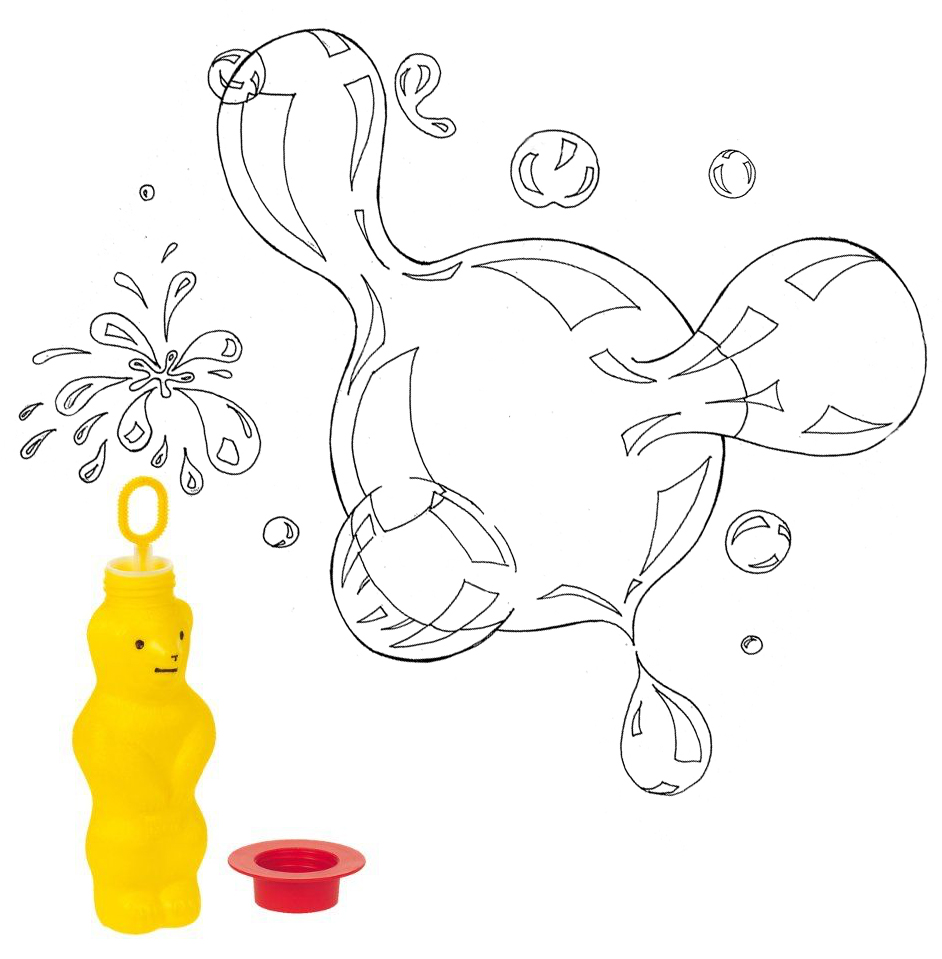