In 2009 I was invited to visit UAE in order to develop a design proposition for an innovative methodology for an exhibit planed by the National Center for Documentation and Research (NCDR). After visiting the exhibit space, and conversing with the various individuals involved, I conceived of the subsequent approach and treatment. 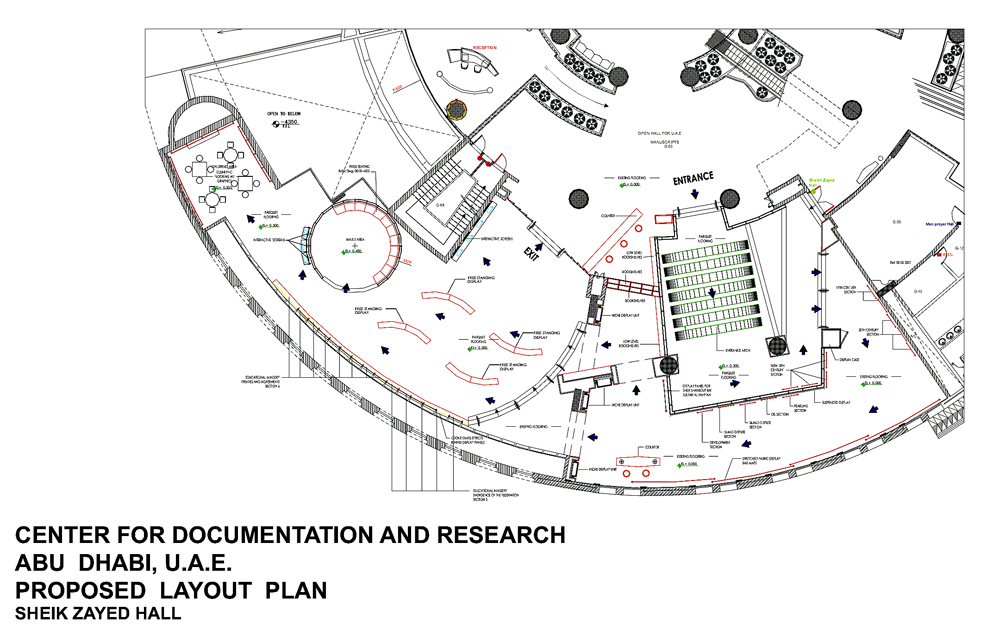 Means for Achieving Above Goals

Imagine visitors smelling the humidity, seeing and feeling through own body the power of huge sea waves crushing against the surrounding Venetians ships advancing on their colonization.

Or finding themselves midst a battlefield overrun by the advancing Portuguese armies, smelling the rising clouds of dust and feeling the ground tremble under hooves of the charging armies.

Or being encircled by the wildly blazing flames devouring Khor Fakkan?

This proposed approach will transform all information, documentation, artifacts, scientific data currently intended as separate exhibits of weapons, documents and treaties, emergence of the federation into a voyage through Transformations, all woven into a rich progressive visual story depicting region’s origin and evolution culminating on the Sheikh’s vision for the UAE’s future.

Through an eventual merging of the various Emirates histories reveal the origin of the UAE, and then illustrate how multicultural and hospitable to visitors of all nations the new federation is.

Having journeyed through immersive historic periods and events, visitors will reach the recent time. With own eyes they will now witness its accelerate transformations into an impressive today. Here they would be greeted by an appearance of their current leader, or his spokesman.

This magical likeness could be created simply as a grander than life projection which magically transforms into a 3D holography, or mystical projection onto floating particles, water or smoke. He can be capable of an interactive chat, capable of eye contact with speaking visitors.