Initially, the effects seem imperceptible. But very swiftly, as the gears of reality propelled by all the known physical laws and logic grind to hold, unimaginable havoc fills the void of all that we have, seemingly for eternity, taken for granted. Like abandoned, powerless puppets, with all our might holding on to the cold, steel seats of our subway car, we watch the world, as we know it, alter. As gravity seizes, everything it has held together come undone, loose. Our underground subway train breaks through the ground above, and lifting off the ground beings to float upwards, effortlessly, even gracefully, light like a feather. Around us we discover a sea of buses, cars, trucks and people lifting off in a horridly graceful ballet like performance of futility and helplessness. Before long they are joined by brownstones, buildings and even skyscrapers, breaking free from the restrain of their foundations and, though light and flimsy as if made of paper, they lift off declaring their total independence. As we float upwards we see the void below us fill up with everything and anything we have grown to know as our reality, now behaving in ways that are all but real. Buildings, acting like fake Hollywood’s props, collide with each other, breaking apart and, in the process spewing their inners out. Like weightless and helpless debris, furniture, elevators, people in their cubicles, everything spills into the gravityless air. And this is only the beginning of what is to come still, as effects of gravity seizes completely and all that has, for eternity, held our mother Earth together in harmony, is no more.

This concept for a totally immersive 4d ride film aims to awaken us by challenging our arrogance and the sense of “ownership” we have acquired, in our minds and actions, over the Earth and all aspects of its dissipating harmony. By positioning us humans as tiny, futile, helpless and aimless particles of dust floating through space, as though fish out of water, watching below and reflecting upon all that we have created, this film will act as a powerful, shocking, painfully sobering slap of, or injection of, consciousness. 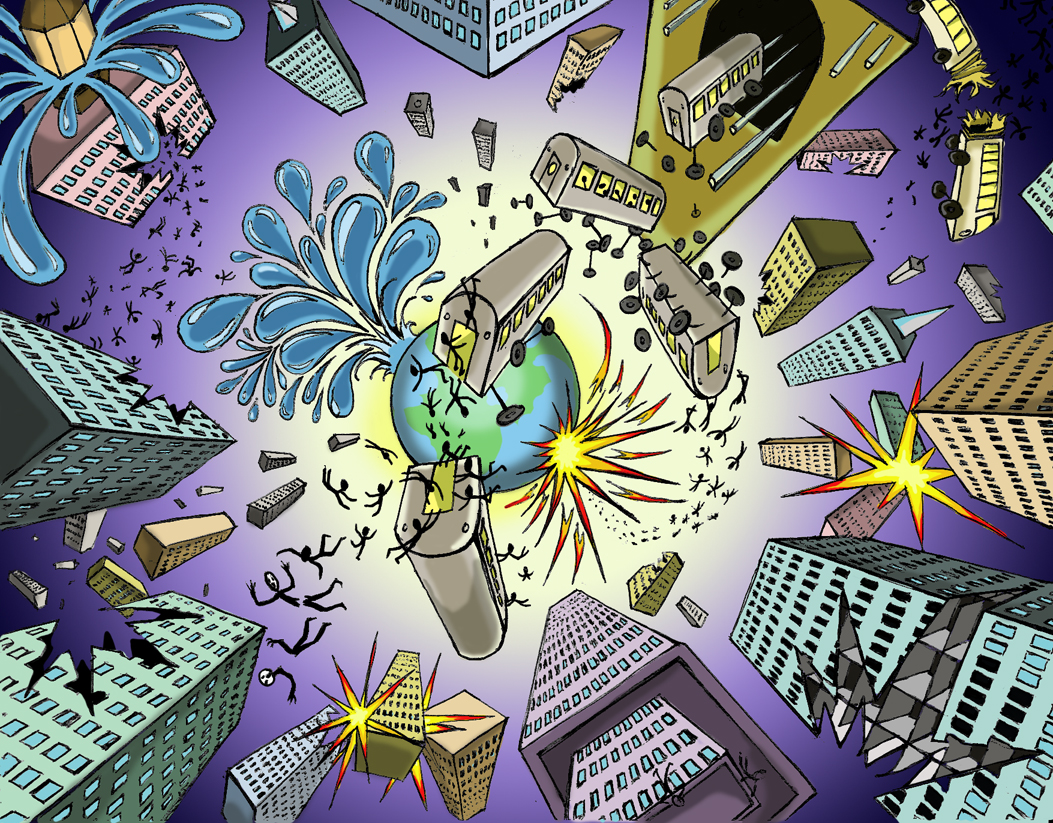